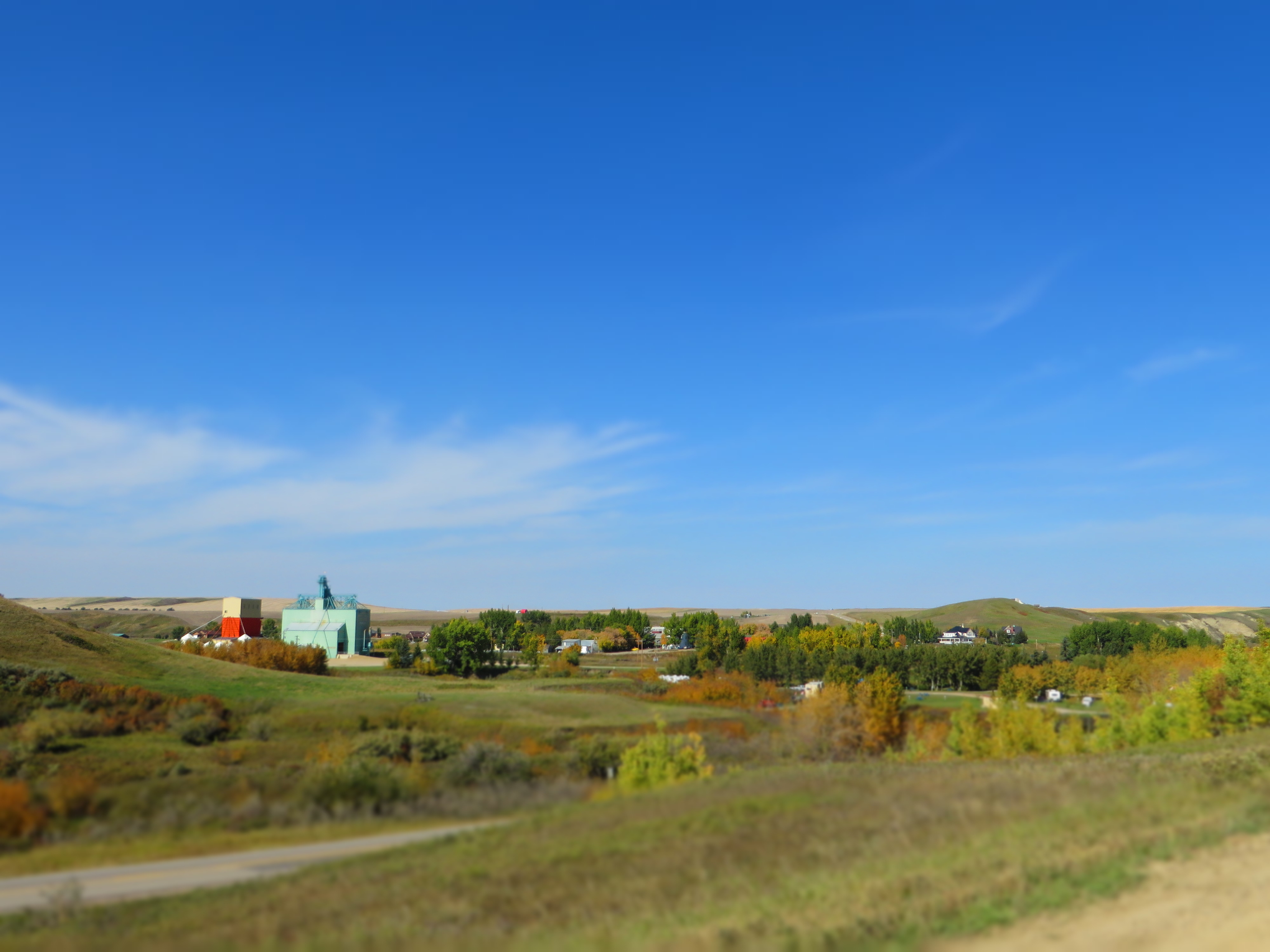 On Hwy 840, six miles south of Hwy 9, where Severn Creek joins up with the Rosebud River in the Rosebud River valley, you will find the Hamlet of Rosebud. This small community is home to the Rosebud School of the Arts, The Rosebud Theatre, Community Centre, Museum, and many other attractions such as B&B’s, shops, and clubs. It is also a strong agricultural community

The first settlers arrived in the Rosebud area in 1885. At that time the closest business center was Gleichen, some 30 miles distant so most settlers traveled there for groceries and supplies. Gleichen was also the source of mail service until January 1901, when the official Rosebud Creek Post Office was established in the Hamlet of Rosebud. The hamlet started to flourish after the First World War (1914-1918) and many businesses prospered. The hotel, store, lumber yard, Chinese café and laundry, a dance hall, pool hall, blacksmith shop, drugstore, bank and dray business. National Grain had built an elevator in 1913 and two more companies built elevators in 1917 to accommodate the influx of settlers who were breaking up the prairie sod and planting grains. Later several machinery dealerships were established: John Deere; Massey Harris; and Harvester served the farmers in the area. The 1920s were the boom years for Rosebud yet it continued to be the business center for the community until the early 1970s when most of the businesses had shut down as a result of the local school being amalgamated with nearby Standard School. In 1973, Crescent Heights Baptist Church in Calgary purchased the Rosebud Mercantile Building, which became part of the Rosebud School of the Arts and Rosebud Theatre

At the heart of Rosebud is Rosebud Theatre, Alberta’s only rural professional theatre. In addition, you will find the Rosebud Country Inn and Country Market as well as numerous other Bed and Breakfast accommodations. The Rosebud Centennial Museum, once the local Chinese laundry, now displays artifacts and photographs of pioneer life.

Rosebud Centennial Museum – a Short History of Rosebud
“The first settlers arrived in the Rosebud area in 1883, they followed ranchers who had settled there.” (Rosebud Historical Society)