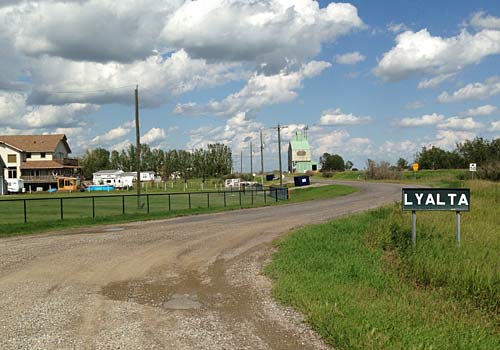 On CN’s Calgary to Drumheller rail line. Six miles north of the TransCanada Highway and 2 miles south of Hwy 564. Only 14 miles east of Calgary’s city limits. Home to the Lyalta Community Centre.

Proud Heritage
The original railway line through Lyalta opened for traffic on February 12, 1914. Express and passenger service on the C.N.R. was discontinued in the spring of 1964, and the station house was demolished. In 1979, Lyalta contained two Alberta Wheat Pool elevators, a store with a post office, a community hall, and four homes.

History of the Hamlet of Lyalta

“The name Lyalta came from a compound of Lyall and Alberta, suggested by Mr. A. Harry Parsons of Lyall Trading Company. It appears there already was a town by the name of “Lyall” in Alberta. Lyall, a map shows, was surveyed as a future townsite to include a bank and stores.” (From Along the Fireguard Trail: A History of Lyalta-Ardenode-Dalroy Districts by Lyalta, Ardenode, Dalroy Historical Society © 1979)

Golden Future
Today the residents of Lyalta and the surrounding community take great pride in their Community Centre consisting of a hall with seating for 200, two baseball diamonds, new playground, and camping grounds. Also, Lyalta still retains its post office and one grain elevator in the hamlet. Currently, The Lakes of Muirfield, a gated, master-planned community of 700 homes that includes lots with golf course or water feature views is being developed in Lyalta. 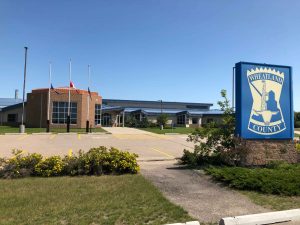