If you are looking at this page you have found me—I am the Councillor for Division Seven (26 years). Welcome!
I am happily married to my wonderful wife and partner, Terry of 48 years. We have two grown boys, two wonderful and loving daughters-in-law, and five special grandchildren (two boys and three girls).

As of October 2017, I am in my 26th year as Councillor. After serving as Councillor and eight years as Reeve, I stepped down and was nominated to the position of Deputy Reeve until October 2017. I am honoured to represent the rate payers of Wheatland County and am proud to be working with six capable Councillors (5 of them new this October 16) and an excellent Chief Administrative Officer, Alan Parkin. When I came on Council I was the youngest Councillor to take the position and now am also the longest sitting and oldest Councillor, hence all the grey hair.

Division Seven is the largest of the divisions, with a land base of just over 15 1/2 townships and approximately 1100 residents. Division Seven is a very productive, mixed-grain and cattle area, a large gas and oil industry, and with a very large wind farm in the northeast corner which consists of 55 turbines, which went on line in 2011.

There are approximately 70 miles of paved provincial roads and 32 gravelled provincial roads with numerous municipal roads linking the communities of Duck Lake, Dalum, Hussar, Standard, Rosebud, and east to Gem in Newell County, north to Drumheller, and south to Highway 1. The land goes from flat to rolling hills with numerous mini lakes (sloughs) to the rugged Red Deer River Valley. The animal wildlife varies from fox, coyote, rabbit, white tail, antelope, and numerous moose to the odd cougar and bear. All varieties of small and large birds exist in the area, such as geese, duck, pheasant, prairie chicken, hawk, eagle, and much more. Oh, and the ever-present Richardson’s ground squirrel (gopher).

We reside on a small farm 10 miles north of the Village of Hussar, on Highway 564 and 56. Our son Clay and wife Colleen run a small automotive shop and agricultural supply in Hussar. I have now joined the infamous coffee crew when I am not on Council business, which has become almost a full-time job. Our other son, Chris and wife Krista live in Trochu with their family where he works in the gas and oil business, sits on Trochu council and is a volunteer fire fighter and first responder.
I hope that I am open and receptive to listening to and helping the ratepayers of Division Seven and the County whenever possible. Stop by the shop in Hussar for coffee anytime. There will usually be a gang there drinking coffee and swapping tales about best crops and farming issues and are more than willing to hear new tales. You may even find me there swapping tales!! 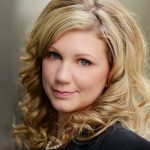 Wheatland County has declared a Fire Ban Advisory. Permit burning is prohibited and no new permits will be issued.

We use cookies to ensure that we give you the best experience on our website. If you continue to use this site we will assume that you are happy with it.OkPrivacy policy